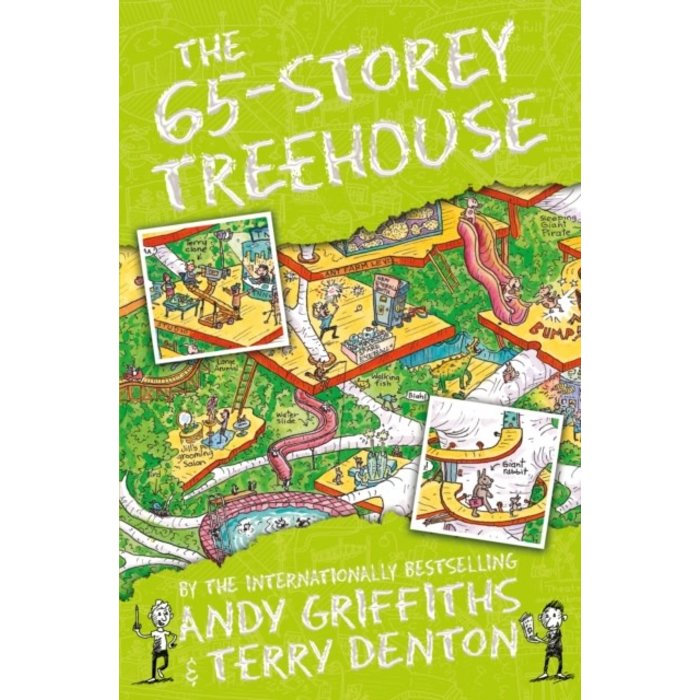 The 65-Storey Treehouse is the fifth book in Andy Griffiths and Terry Denton's wacky treehouse adventures, where the laugh-out-loud story is told through a combination of text and fantastic cartoon-style illustrations. Andy and Terry's amazing 65-Storey Treehouse (it used to be 52 stories, but they keep expanding!) now has a pet-grooming salon, a birthday room where it's always your birthday (even when it's not), a room full of exploding eyeballs, a lollipop shop, a quicksand pit, an ant farm, a time machine ... which is going to be really, really useful now, since Terry messed up (again) and the treehouse just FAILED it's safety inspection.

Join Andy and Terry on a whirlwind trip through time as they try to stop the treehouse from being demolished! Well, what are you waiting for? Come on up!