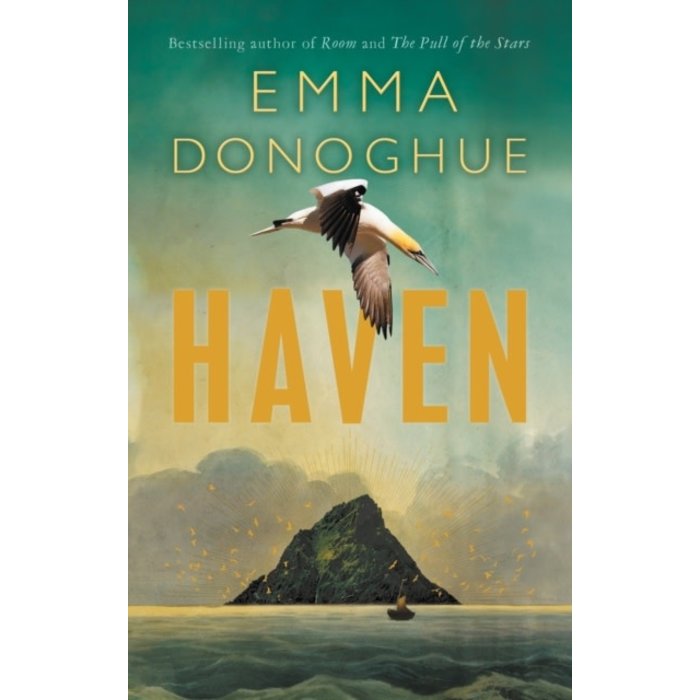 Three men vow to leave the world behind them and start anew . .

In seventh-century Ireland, a scholar and priest called Artt has a dream telling him to leave the sinful world behind. Taking two monks young Trian and old Cormac he travels down the river Shannon in search of an isolated spot on which to found a monastery.

Drifting out into the Atlantic, the three men find an impossibly steep, bare island inhabited by tens of thousands of birds, and claim it for God. Their extraordinary landing spot is now known as Skellig Michael. But in such a place, far from all other humanity, what will survival mean? Haunting, moving and vividly told, Haven displays Emma Donoghues trademark world-building and psychological intensity but this tale is like nothing she has ever written before .