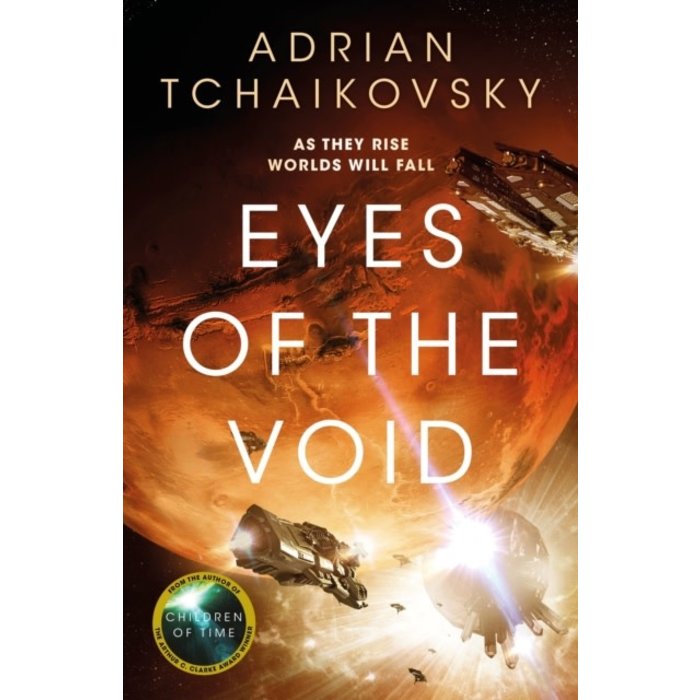 Eyes of the Void

From the author of the thrilling science-fiction epic Children of Time, which won the prestigious Arthur C. Clarke Award. ‘One of the most interesting and accomplished writers in speculative fiction’ – Christopher Paolini Eyes of the Void is the second high-octane instalment in Adrian Tchaikovsky's Final Architecture space opera trilogy. After eighty years of fragile peace, the galaxy’s greatest alien enemy is back. Waging a brutal one-sided war, the Architects consume entire planets under their unfathomable directive. In the past, Originator artefacts – vestiges of a long-vanished civilization – could save a world from annihilation. Yet the Architects have discovered a way to circumvent these protective relics. Suddenly, no planet is safe. Facing impending extinction, the Human Colonies are in turmoil. While some believe a unified front could save the remaining planets, others insist humanity should fight alone. And there are those who seek to benefit from the fractured politics of war – even as the Architects loom ever closer. Idris has spent decades running from the horrors of his past. Yet as an Intermediary, he could be one of the few to turn the tide in humanity’s favour. Now, he finds himself thrust back onto the battlefront. With a handful of allies, he searches for a weapon that could stop the Architects and save the galaxy. But to do so, he must return to the nightmarish unspace, where his mind was broken and remade. What Idris discovers there will change everything.