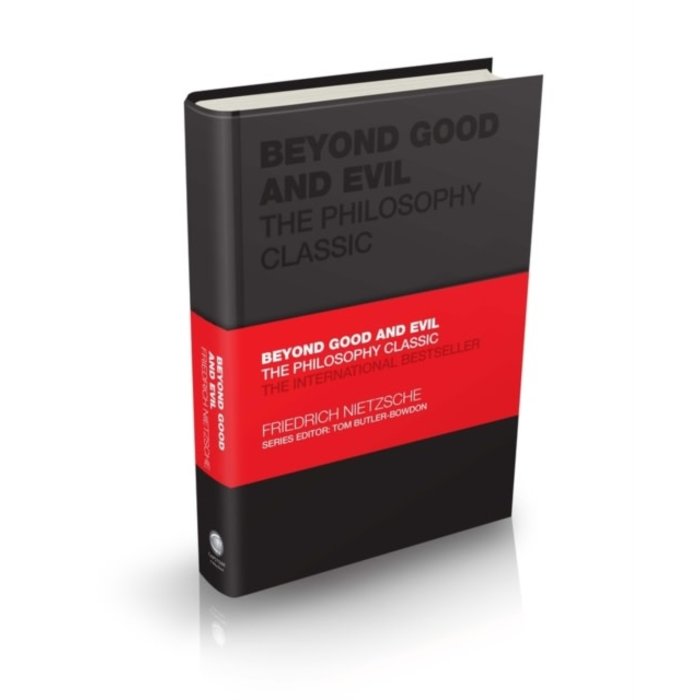 Beyond Good and Evil

A deluxe, high-quality edition of Friedrich Nietzsche's seminal work Beyond Good and Evil is one of the final books by German philosopher Friedrich Nietzsche. This landmark work continues to be one of the most well-known and influential explorations of moral and ethical philosophy ever conceived. Expanding on the concepts from his previous work Thus Spoke Zarathustra, Nietzsche adopts a polemic approach to past philosophers who, in his view, lacked critical sense in accepting flawed premises in their consideration of morality.

The metaphysics of morality, Nietzsche argues, should not assume that a good man is simply the opposite of an evil man, rather merely different expression of humanity's common basic impulses. Controversial in its time, as well as hotly debated in the present, Nietzsche's work moves beyond conventional ethics to suggest that a universal morality for all human beings in non-existent - perception, reason and experience are not static, but change according to an individual's perspective and interpretation. The work further argues that philosophic traditions such as "truth," "self-consciousness" and "free will" are merely inventions of Western morality and that the "will to power" is the real driving force of all human behaviour.

This volume: Critiques the belief that actions, including domination or injury to the weak, can be universally objectionableExplores themes of religion and "master and slave" moralityIncludes a collection of stunning aphorisms and observations of the human condition Part of the bestselling Capstone Classics Series edited by Tom Butler-Bowdon,this collectible, hard-back edition of Beyond Good and Evil provides an accessible and insightful Introduction by leading Nietzsche authority Dr Christopher Janaway. This deluxe volume is perfect for anyone with interest in philosophy, psychology, science, history and literature.