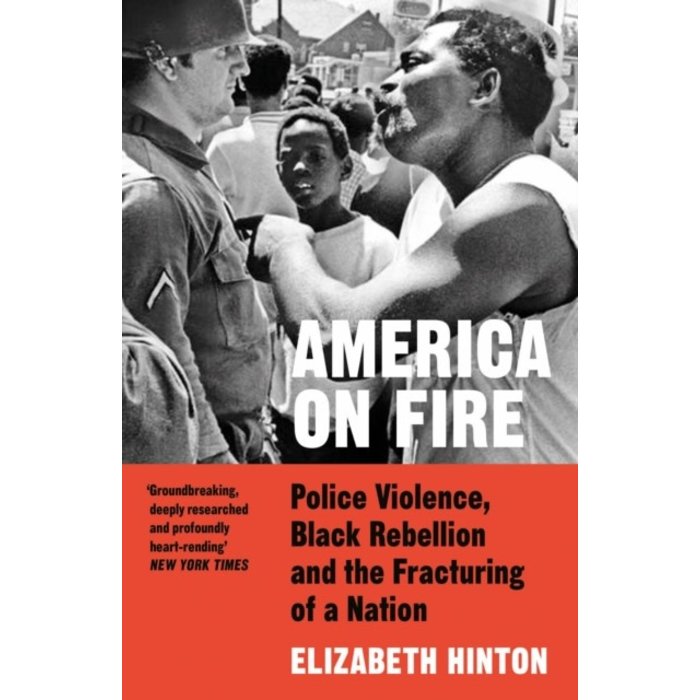 A radical reckoning with the racial inequality of America's past and present, by one of the country's leading scholars of policing and mass incarceration Between 1964 and 1972, the United States endured domestic violence on a scale not seen since the Civil War. During these eight years, Black residents responded to police brutality and systemic racism by throwing punches and Molotov cocktails at police officers, plundering local businesses and vandalizing exploitative institutions. Ever since, Americans have been living in a nation and national culture created, in part, by the extreme violence of this period.

In America on Fire, acclaimed professor Elizabeth Hinton draws on previously untapped sources to unravel this extraordinary history for the first time, arguing that we cannot understand the civil rights struggle without coming to terms with the astonishing violence, and hugely expanded policing regime, that followed it. A leading scholar of policing, Hinton underlines a crucial lesson in the book - that police violence precipitates community violence - and shows how it continues to escape policy makers, who respond by further criminalizing entire groups instead of addressing underlying socioeconomic causes. Taking us from the uprising in Watts, Los Angeles in 1965 to the murder of George Floyd in 2020, Hinton's urgent, eye-opening and much-anticipated America on Fire offers an unprecedented framework for understanding the crisis at the country's heart.