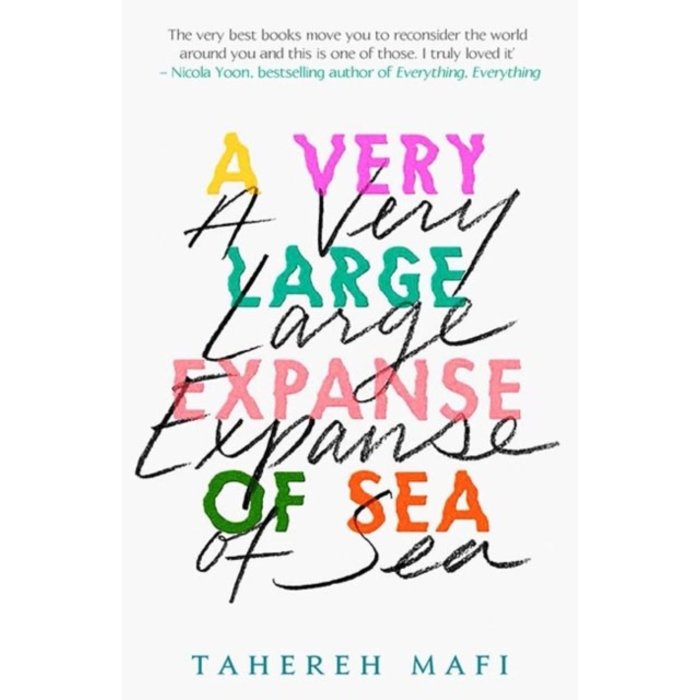 A Very Large Expanse of Sea

It's 2002, a year after 9/11, and Shirin has just started at yet another new high school. It's an extremely turbulent time politically, but especially so for a sixteen-year-old Muslim girl who's tired of being stereotyped.

Shirin is never surprised by how horrible people can be. She's tired of the rude stares, the degrading comments - even the physical violence she endures as a result of her race, her religion, and the hijab she wears every day. Shirin drowns her frustrations in music and spends her afternoons break-dancing with her brother.

But then she meets Ocean James. He's the first person in forever who really seems to want to get to know her. It terrifies her -they seem to come from two irreconcilable worlds - and Shirin has had her guard up against the world for so long that she's not sure she'll ever be able to let it down.

Perfect for fans of the Shatter Me series as well as Angie Thomas's The Hate U Give and Nicola Yoon's The Sun is Also A Star. About the author: Tahereh Mafi is the New York Times bestselling author of the Shatter Me series which has been published in over 30 languages around the world. She was born in a small city somewhere in Connecticut and currently resides in Santa Monica, California, with her husband, Ransom Riggs, fellow bestselling author of Miss Peregrine's Home For Peculiar Children, and their young daughter.