Added to cart Edit shopping cart Continue shopping
Back Two Wheels Good : The History and Mystery of the Bicycle 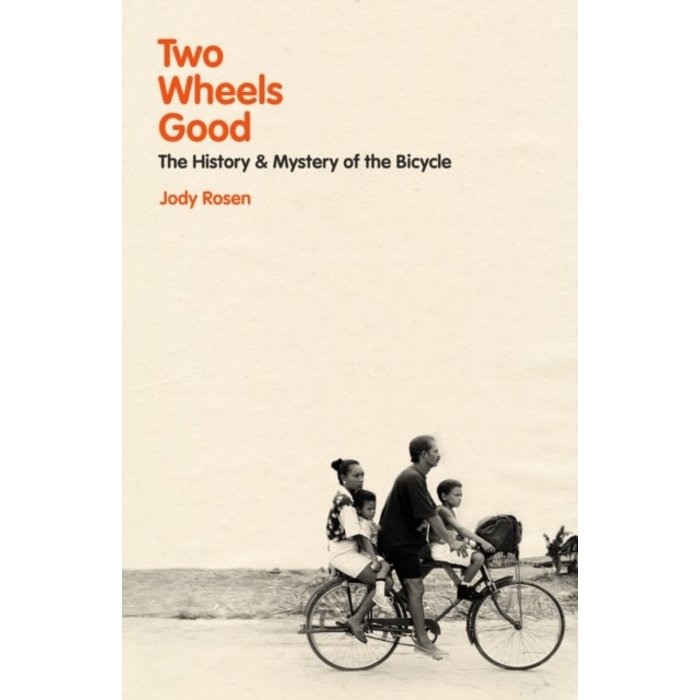 Two Wheels Good : The History and Mystery of the Bicycle

A panoramic revisionist portrait of the nineteenth-century invention that is transforming the twenty-first-century world. 'The real feat of this book is that it takes us on a ride-across the centuries and around the globe, through startling history and vivid first-person reporting.' - Patrick Radden Keefe, New York Times bestselling author of Empire of PainThe bicycle is a vestige of the Victorian era, seemingly out of pace with our age of smartphones and ridesharing apps and driverless cars. Yet across the world, more people travel by bicycle than by any other form of transportation.

Almost anyone can learn to ride a bike - and nearly everyone does. In Two Wheels Good, writer and critic Jody Rosen reshapes our understanding of this ubiquitous machine, an ever-present force in humanity's life and dreamlife, and a flashpoint in culture wars for more for than two hundred years. Combining history, reportage, travelogue, and memoir, Rosen unfolds the bicycle's saga from its invention in 1817 to its present-day renaissance as a 'green machine' in a world afflicted by pandemic and climate change.

Readers meet unforgettable characters: feminist rebels who steered bikes to the barricades in the 1890s, a Bhutanese king who races mountain bikes in the Himalayas, astronauts who ride a floating bicycle in zero gravity aboard the International Space Station. Two Wheels Good examines the bicycle's past and peers into its future, challenging myths and cliches, while uncovering cycling's connection to colonial conquest and the gentrification of cities. But the book is also a love letter: a reflection on the sensual and spiritual pleasures of bike riding and an ode to an engineering marvel - a wondrous vehicle whose passenger is also its engine.