Added to cart Edit shopping cart Continue shopping
Back Time for Socialism. Dispatches from a World on Fire, 2016-2021. 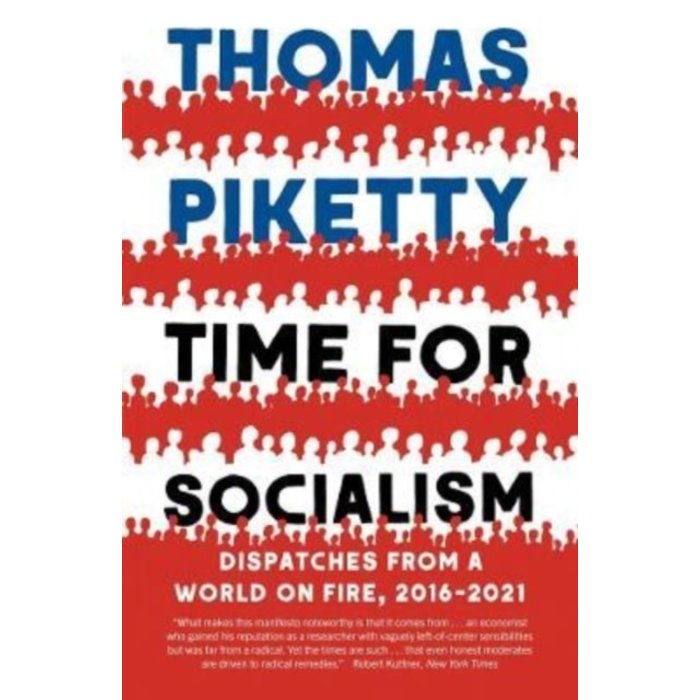 A chronicle of recent events that have shaken the world, from the author of Capital in the Twenty-First Century "What makes this manifesto noteworthy is that it comes from...an economist who gained his reputation as a researcher with vaguely left-of-center sensibilities but was far from a radical. Yet the times are such... that even honest moderates are driven to radical remedies."-Robert Kuttner, New York Times As a correspondent for the French newspaper Le Monde, world-renowned economist Thomas Piketty has documented the rise and fall of Trump, the drama of Brexit, Emmanuel Macron's ascendance to the French presidency, the unfolding of a global pandemic, and much else besides, always from the perspective of his fight for a more equitable world. This collection brings together those articles and is prefaced by an extended introductory essay, in which Piketty argues that the time has come to support an inclusive and expansive conception of socialism as a counterweight against the hypercapitalism that defines our current economic ideology.These essays offer a first draft of history from one of the world's leading economists and public figures, detailing the struggle against inequalities and tax evasion, in favor of a federalist Europe and a globalization more respectful of work and the environment.