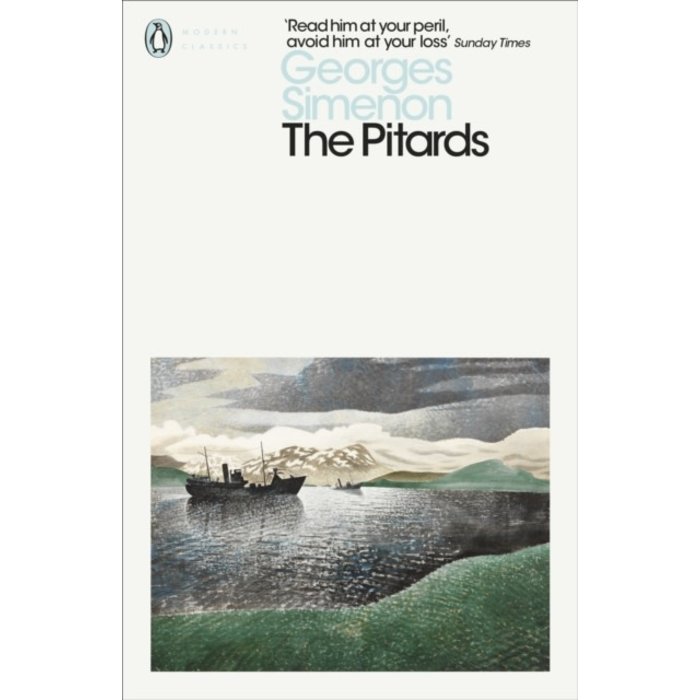 Captain Lannec has finally managed to buy his own ship with the financial help of his in-laws, the Pitards - and they've never let him forget it. When his temperamental wife Mathilde insists on coming along on the ship's first voyage, Lannec becomes increasingly unnerved by her presence, especially when he receives an anonymous note saying he won't make it back to port. As they hit a storm in the Atlantic, jealousy, spite, snobbery and suspicion are churned up in the boat's stiflingly close quarters...

First published in 1935, The Pitards was one of the first novels Simenon wrote when he shelved his famous Maigret series in order to strike out in a new direction and make a name for himself as a literary writer. This gripping evocation of life at sea revolves around class and the tense unravelling of relationships, powerful themes that Simenon would return to throughout his writing career.