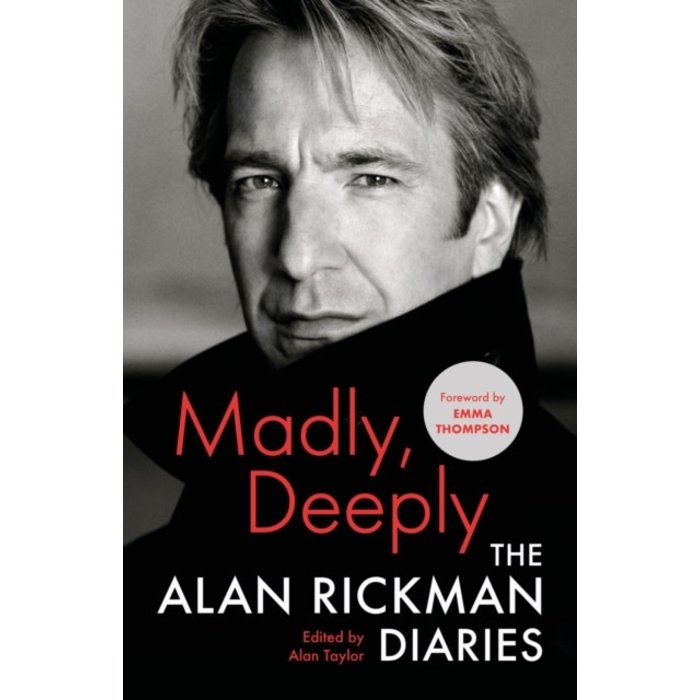 Alan Rickman remains one of the most beloved actors of all time across almost every genre, from his breakout role as Die Hard's villainous Hans Gruber to his heart-wrenching run as Professor Severus Snape, and beyond. His air of dignity, his sonorous voice and the knowing wit he brought to each role continue to captivate new audiences today. But Rickman's artistry wasn't confined to just his performances.

Rickman's writing details the extraordinary and the ordinary in a way that is anecdotal, indiscreet, witty, gossipy and utterly candid. He takes us behind the scenes on films and plays ranging from Sense & Sensibility, the Harry Potter series, Private Lives, My Name is Rachel Corrie and many more. The diaries run from 1993 to his death in 2016 and offer insight into both a public and private life.

Here is Rickman the consummate professional actor, but also the friend, the traveller, the fan, the director, the enthusiast: in short, the real Alan Rickman. Here is a life fully lived, all detailed in intimate and characteristically plain-spoken prose. Reading the diaries is like listening to Rickman chatting to a close friend.

Madly, Deeply also includes a foreword by Emma Thompson and a selection of Rickman's early diaries, dating from 1974 to 1982, when his acting life first began.