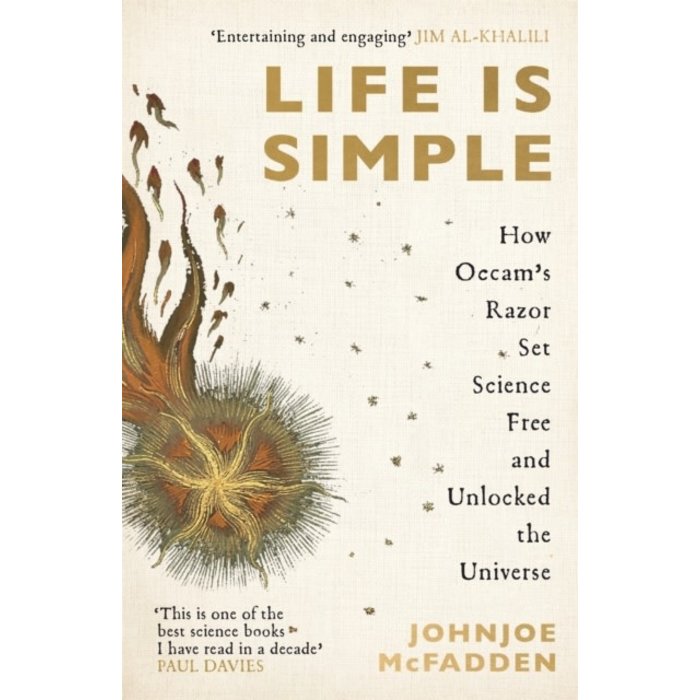 Life is Simple tells the remarkable story of how a thirteenth century monk's search for simplicity led to the emergence of the modern world. We begin in the turbulent times of the medieval friar, William of Occam, who first articulated the principle that the best answer to any problem is the simplest. This theory, known as Occam's razor, cut through the thickets of medieval metaphysics to clear a path for modern science.

We follow the razor in the hands of the giants of science, from Copernicus, to Kepler, Galileo, Newton, Darwin, Einstein, Rubin and Higgs. Its success suggests that we live in the simplest possible habitable universe and supports the revolutionary theory that our cosmos has evolved. By highlighting the very human passion, curiosity, mistakes and struggles of those who were inspired by Occam's razor to create the modern world, Johnjoe McFadden provides new insight into what science is really about.

And that the principle of simplicity is as relevant today as ever.