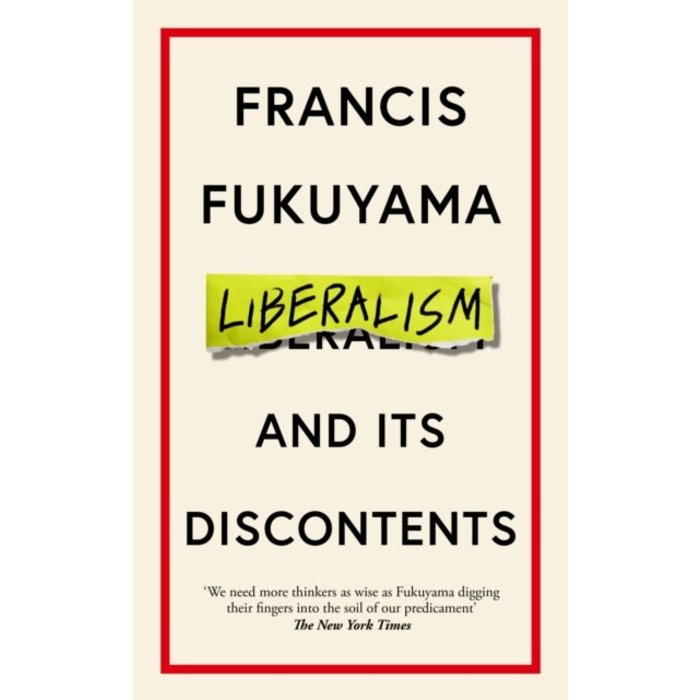 Liberalism and Its Discontents

A defence of liberalism by the renowned political philosopher'We need more thinkers as wise as Fukuyama digging their fingers into the soil of our predicament' The New York TimesLiberalism - the comparatively mild-mannered sibling to the more ardent camps of nationalism and socialism - has never been so divisive as today. From Putin's populism, the Trump administration and autocratic rulers in democracies the world over, it has both thrived and failed under identity politics, authoritarianism, social media and a weakened free press the world over. Since its inception following the post-Reformation wars, liberalism has come under attack from conservatives and progressives alike, and today is dismissed by many as an 'obsolete doctrine'.

In this brilliant and concise exposition, Francis Fukuyama sets out the cases for and against its classical premises: observing the rule of law, independence of judges, means over ends, and most of all, tolerance. Pithy, to the point, and ever pertinent, this is political dissection at its very best.