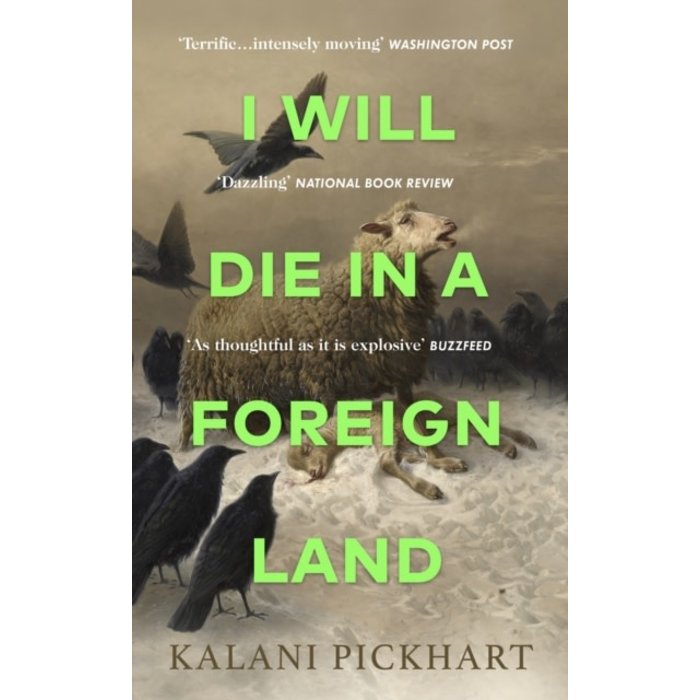 I Will Die in a Foreign Land

In 1913, a Russian ballet incited a riot in Paris at the new Theatre de Champs-Elysees. "Only a Russian could do that," says Aleksandr Ivanovich.

"Only a Russian could make the whole world go mad." A century later, in November 2013, thousands of Ukrainian citizens gathered at Independence Square (Euromaidan) in Kyiv to protest then-President Yanukovych's failure to sign a referendum with the European Union, opting instead to forge a closer alliance with President Vladimir Putin and Russia. The peaceful protests turned violent when military police shot live ammunition into the crowd, killing over a hundred civilians. I Will Die in a Foreign Land is a novel that follows four individuals over the course of a volatile Ukrainian winter, as their lives are changed forever by the Euromaidan protests.

Katya is a Ukrainian-American doctor stationed at a makeshift medical clinic in St. Michael's Monastery; Misha is an engineer originally from Pripyat, near Chernobyl, who has lived in Kyiv since his wife's death; Slava is a fiery young activist whose past hardships steel her determination in the face of persecution; and Aleksandr Ivanovich, a former KGB agent, climbs atop a burned-out police bus at Independence Square and plays the piano. As Katya, Misha, Slava, and Aleksandr's lives become intertwined, they each seek out love, redemption and meaning during a tumultuous and violent period.

In this dazzling debut novel, Kalani Pickhart blends narrative, folklore, journalism and Slavic history to create a moving story of beauty and love in a time of terror, I Will Die in a Foreign Land is an ambitious, intimate, and haunting portrait of human perseverance and the will to survive.