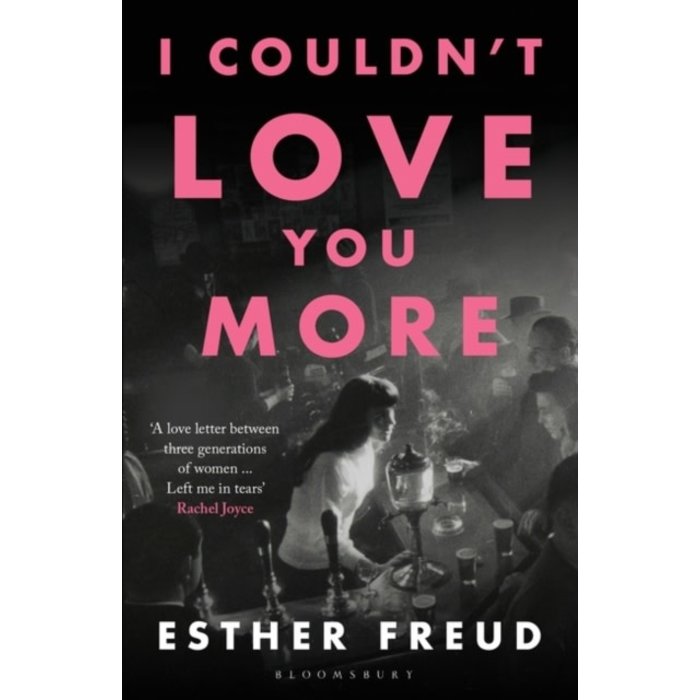 I Couldn't Love You More

Rosaleen is still a teenager, in the early Sixties, when she meets the famous sculptor Felix Lichtman. Felix is dangerous, bohemian, everything she dreamed of in the cold nights at her Catholic boarding school. And at first their life together is glitteringly romantic - drinking in Soho, journeying to Marseilles.

But it's not long before Rosaleen finds herself fearfully, unexpectedly alone. Desperate, she seeks help from the only source she knows, the local priest, and is directed across the sea to Ireland on a journey that will seal her fate. Kate lives in Nineties London, stumbling through her unhappy marriage.

But something has begun to stir in her. Close to breaking point, she sets off on a journey of her own, not knowing what she hopes to find. Aoife sits at her husband's bedside as he lies dying, and tells him the story of their marriage.

But there is a crucial part of the story missing and time is running out. Aoife needs to know: what became of Rosaleen? Spanning three generations of women, I Couldn't Love You More is an unforgettable novel about love, motherhood, secrets and betrayal - and how only the truth can set us free.