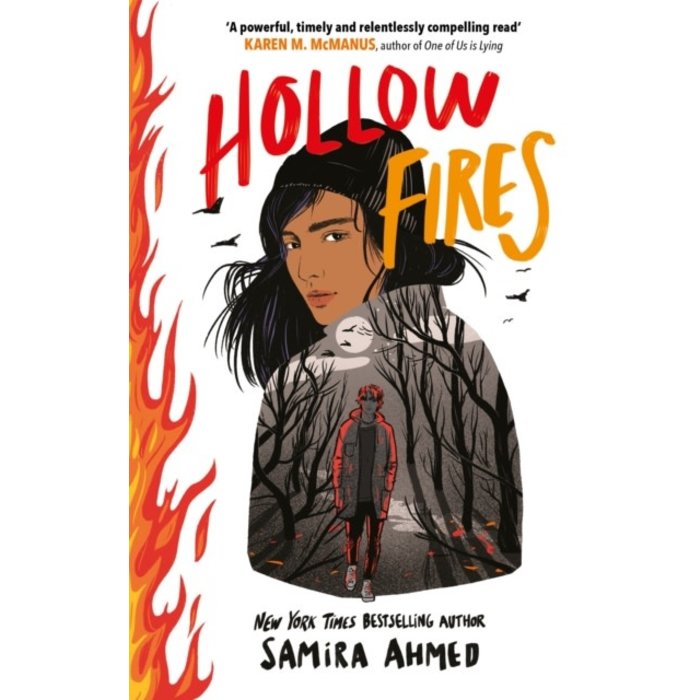 Safiya Mirza dreams of becoming a journalist. One thing she's learned as editor of her school newspaper is that a journalist's job is to find the facts and not let personal bias affect the story: but that changes the day she discovers Jawad.

Jawad Ali was just fourteen when a teacher saw him wearing a cosplay jetpack and mistook it for a bomb. A mistake that got Jawad arrested, labelled a terrorist - 'Bomb Boy' - and eventually killed. But who was the young boy behind the headlines? With Jawad's haunting voice guiding her throughout her investigation, Safiya seeks to tell the whole truth about the murdered boy and those who killed him.

A powerful story of our times, Hollow Fires exposes the evil that hides in plain sight and the silent complicity of privileged bystanders who use alternative facts to bend the truth to their liking.