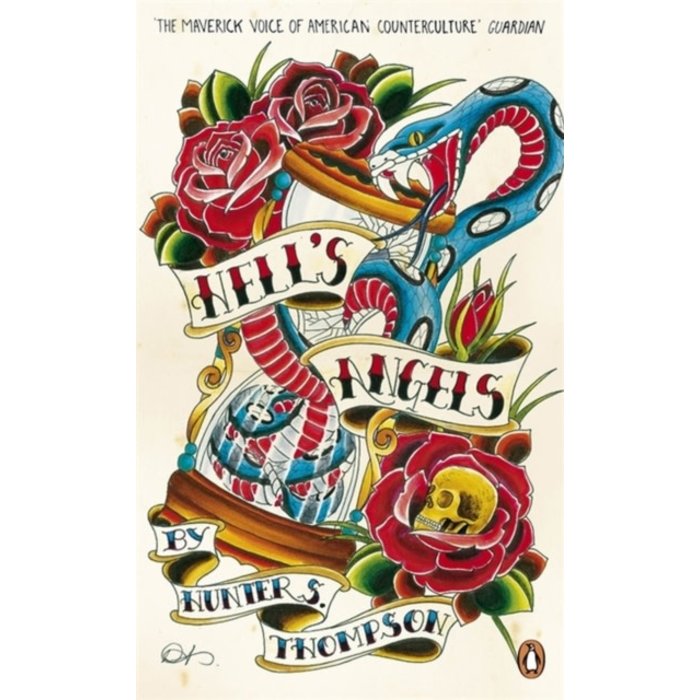 Journalist, maverick, rebel and author of Fear and Loathing in Las Vegas Hunter S. Thompson offers another novel of American counterculture in Hell's Angels, beautifully repackaged as part of the Penguin Essentials range. 'A phalanx of motorcycles came roaring over the hill from the west...

the noise was like a landslide, or a wing of bombers passing over. Even knowing the Angels I couldn't quite handle what I was seeing. It was like Genghis Khan, Morgan's Raiders, the Wild One and the Rape of Nanking all at once.'In September, 1964 a cavalcade of motorbikes ripped through the city of Monterey, California.

It was a trip destined to make Hell's Angels household names across America, infamous for their violent, drunken rampages and feared for the destruction left in their wake. Enter Hunter S. Thompson, the master of counter-culture journalism who alone had the ability and stature to ride with the Angels on their terms.

In this brilliant and hair-raising expose, he journeys with the last outlaws of the American frontier. A mixture of journalism, story-telling and sheer bravado, Hell's Angels is Hunter S. Thompson at full throttle.