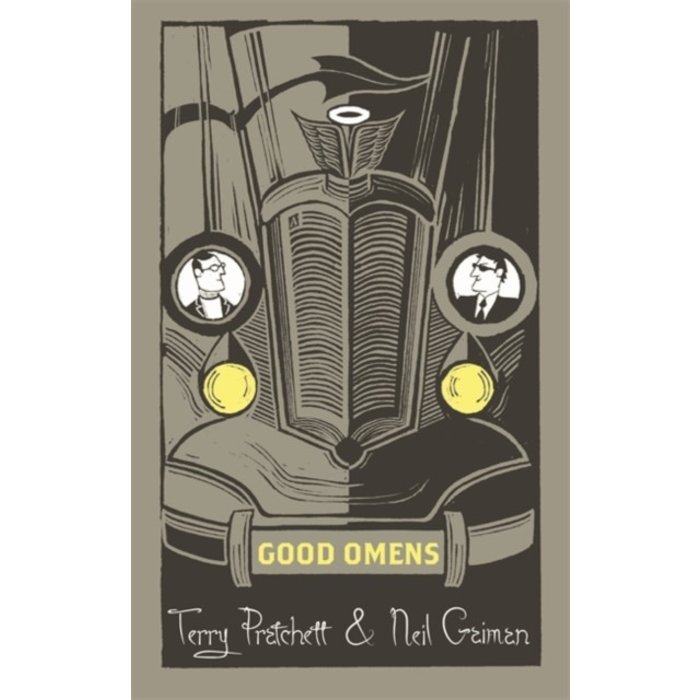 The irreverant, hilarious, touching and philosophical caper about the end of the world. 'Still makes me laugh 25 years later' Ben AaronovitchThere is a hint of Armageddon in the air. According to the Nice and Accurate Prophecies of Agnes Nutter, Witch (recorded, thankfully, in 1655, before she blew up her entire village and all its inhabitants, who had gathered to watch her burn), the world will end on a Saturday.

Next Saturday, in fact. So the Armies of Good and Evil are massing, the four Bikers of the Apocalypse are revving up their mighty hogs and hitting the road, and the world's last two remaining witchfinders are getting ready to Fight the Good Fight. Atlantis is rising.

Frogs are falling. Tempers are flaring, and everything appears to be going to Divine Plan. Except that a somewhat fussy angel and a fast-living demon are not particularly looking forward to the coming Rapture.

They've lived amongst Humanity for millennia, and have grown rather fond of the lifestyle. So if Crowley and Aziraphale are going to stop it from happening, they've got to find and kill the AntiChrist (which is a shame, really, as he's a nice kid). There's just one glitch: someone seems to have misplaced him.

Terry Pratchett and Neil Gaiman's brilliantly dark and funny take on mankind's final judgment is back, in a new hardcover edition which includes an introduction by the authors.