Added to cart Edit shopping cart Continue shopping
Back Flying Blind: The 737 MAX Tragedy and the Fall of Boeing 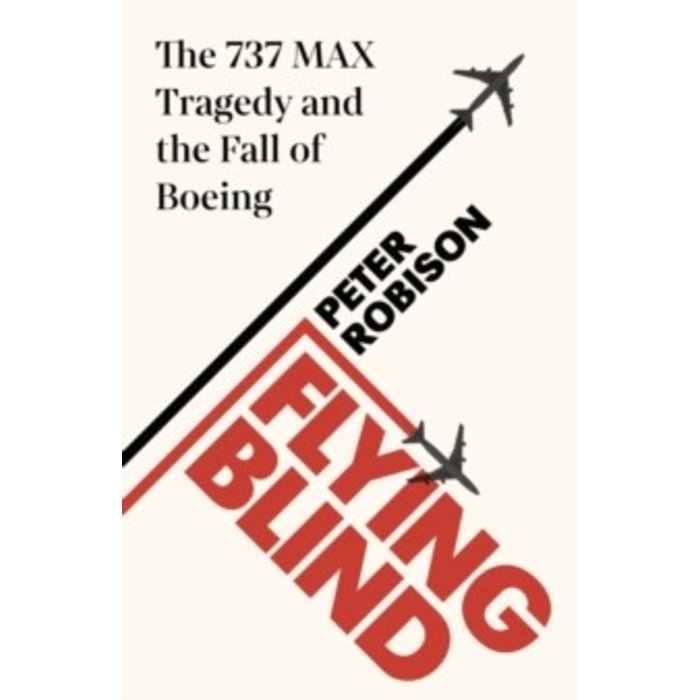 Flying Blind: The 737 MAX Tragedy and the Fall of Boeing

Discover the corporate scandal that transfixed the world, cost hundreds of innocent lives, and almost destroyed a global institution. Boeing is a century-old titan of industry, having played a role in the early days of commercial flight, Second World War bombing missions and even moon landings. Yet in 2018 and 2019, two crashes of the Boeing 737 MAX 8 killed 346 people.

The crashes exposed a shocking pattern of malfeasance, leading to the biggest crisis in the company's history - and one of the costliest corporate scandals ever. How did things go so horribly wrong? Flying Blind is the definitive account of the disasters that shocked the world; a chilling, behind-the-scenes look at the corporate dysfunction which contributed to one of the worst tragedies in modern aviation. It's an expose of a reckless culture where - in a race to beat the competition and reward top executives - Boeing skimped on testing, pressured employees to meet unrealistic deadlines and ultimately convinced regulators to put planes into the air without properly equipping them or their pilots for flight.

From award-winning Bloomberg investigative journalist Peter Robison, this is the story of a business gone wildly off course. At once endlessly fascinating and deeply disturbing, it shows how the iconic company fell prey to a win-at-all-costs mentality, threatening an industry and sacrificing countless lives.