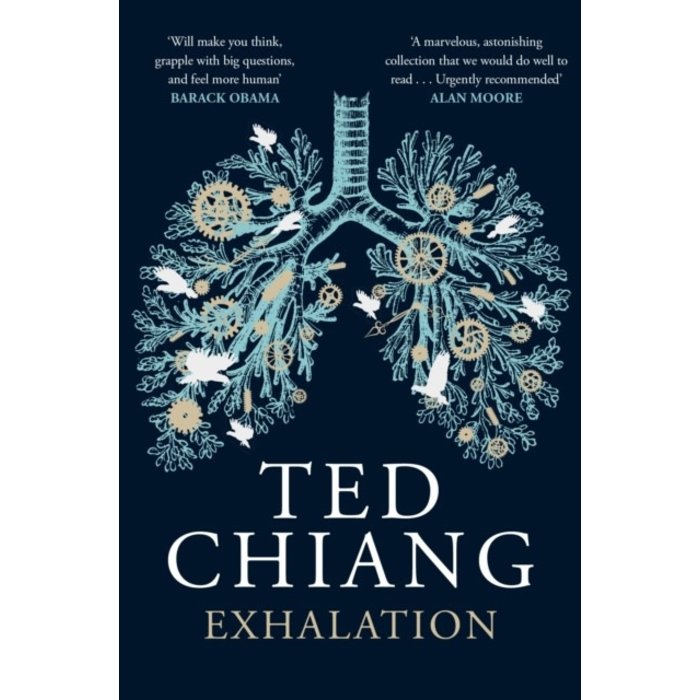 From the acclaimed author of Stories of Your Life and Others - the basis for the Academy Award nominated film Arrival - comes a groundbreaking second collection of short fiction: nine stunningly original, provocative, and poignant stories. These are tales that tackle some of humanity's oldest questions along with new quandaries that only Ted Chiang could imagine. In 'The Merchant and the Alchemist's Gate', a portal through time forces a fabric-seller in ancient Baghdad to grapple with past errors and the temptation of second chances.

In the epistolary 'Exhalation', an alien scientist makes a shocking discovery with ramifications not just for his own people, but for all of reality. In 'Anxiety is the Dizziness of Freedom', the ability to glimpse into alternate universes necessitates a radically new examination of the concepts of choice and free will. In Exhalation, Ted Chiang addresses the most fundamental of issues - What is the nature of the universe? What does it mean to be human? - alongside others that no one else has even imagined.

And, each in its own way, the stories prove that complex and thoughtful science fiction can rise to new heights of beauty, meaning, and compassion.