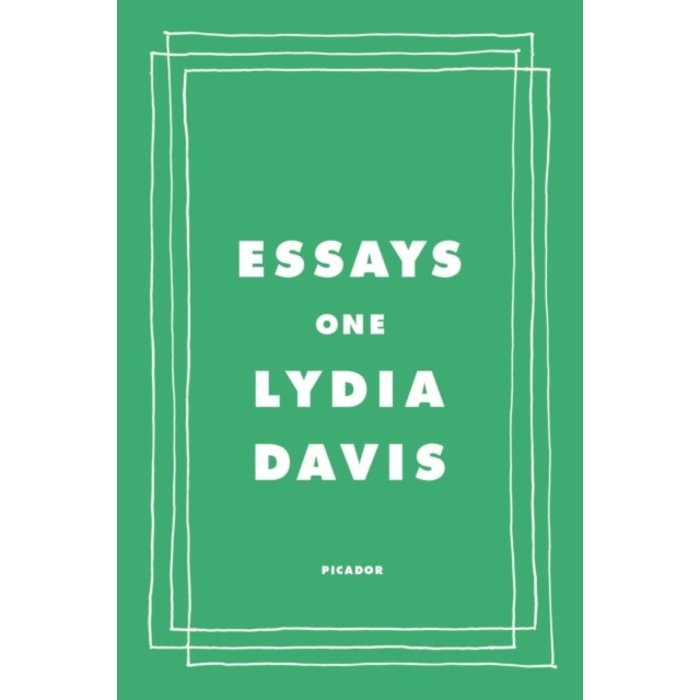 Lydia Davis is a writer whose originality, influence, and wit are beyond compare. Jonathan Franzen has called her "a magician of self-consciousness," while Rick Moody hails her as "the best prose stylist in America." And for Claire Messud, "Davis's signal gift is to make us feel alive."

Best known for her masterful short stories and translations, Davis's gifts extend equally to her nonfiction. In Essays One, Davis has, for the first time, gathered a selection of essays, commentaries, and lectures composed over the past five decades.

In this first of two volumes, her subjects range from her earliest influences to her favorite short stories, from John Ashbery's translation of Rimbaud to Alan Cote's painting, and from the Shepherd's Psalm to early tourist photographs. On display is the development and range of one of the sharpest, most capacious minds writing today.