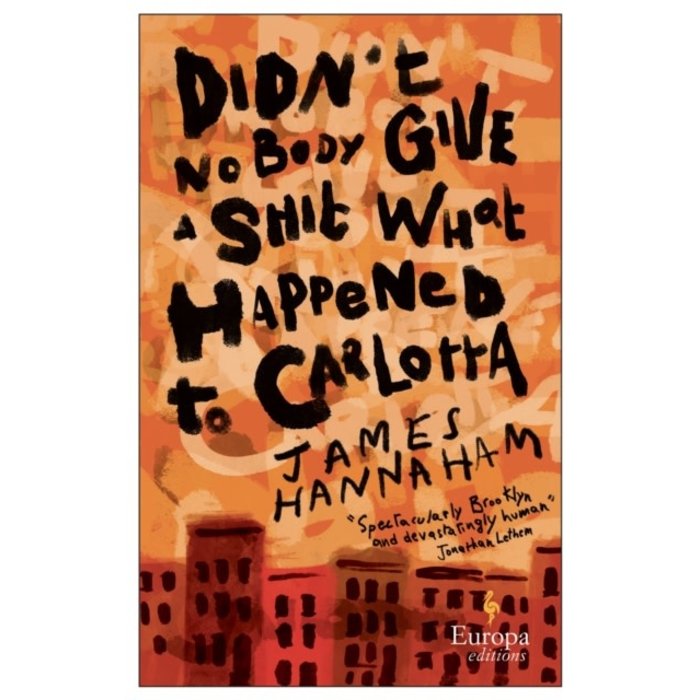 Didn't Nobody Give a Shit What Happened to Carlotta

A humorous and heart-wrenching story of a transgender woman's re-entry into life on the outside after twenty years in incarceration told over one whirlwind Fourth of July weekend. When Carlotta Mercedes was pulled into a robbery gone wrong, she still went by the name she'd grown up with. But not long after her conviction, she began to live as a woman, an embrace of selfhood that prison authorities rejected, keeping Carlotta trapped in an all-male cell block, abused by both inmates and guards.

Over twenty years later, Carlotta is granted conditional freedom and returns to a much-changed Brooklyn, where she struggles to reconcile with a family reluctant to accept her true identity, and to avoid any minor parole infraction that might get her consigned back to lockup. Didn't Nobody Give a Shit What Happened to Carlotta sweeps the reader through seemingly every street of Brooklyn, much as Joyce's Ulysses does through Dublin. Hannaham introduces a cast of unforgettable characters even as it challenges us to confront the glaring injustices of a society and prison system that continues to punish people long after their time has been served.