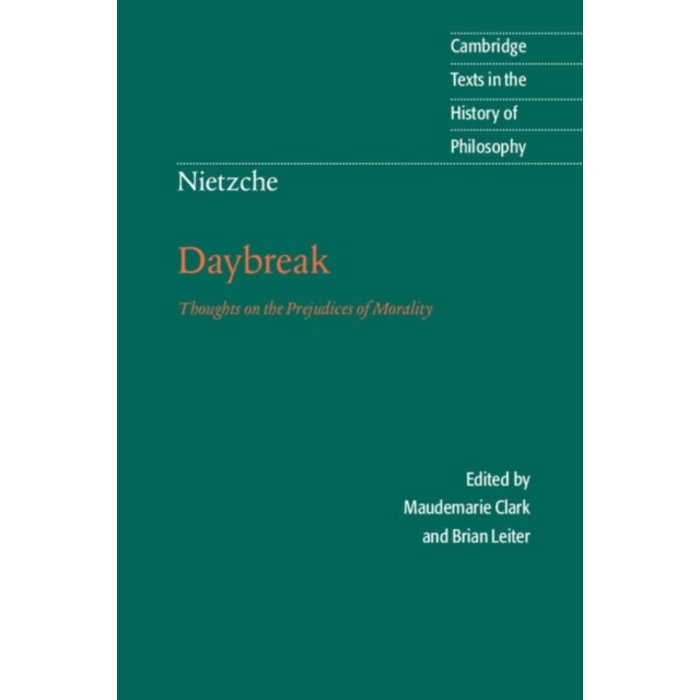 Daybreak marks the arrival of Nietzsche's 'mature' philosophy and is indispensable for an understanding of his critique of morality and 'revaluation of all values'. This volume presents the distinguished translation by R. J.Hollingdale, with a new introduction that argues for a dramatic change in Nietzsche's views from Human, All Too Human to Daybreak, and shows how this change, in turn, presages the main themes of Nietzsche's later and better-known works such as On the Genealogy of Morality. The main themes of Daybreak are located in their intellectual and philosophical contexts: in Nietzsche's training as a classical philologist and his fascination with the Sophists and Thucydides; in the moral philosophies of Kant and Schopenhauer, which are the central foci of Nietzsche's critique of morality; and in the German Materialist movement of the 1850s and after, which shaped Nietzsche's conception of persons. The edition is completed by a chronology, notes and a guide to further reading.