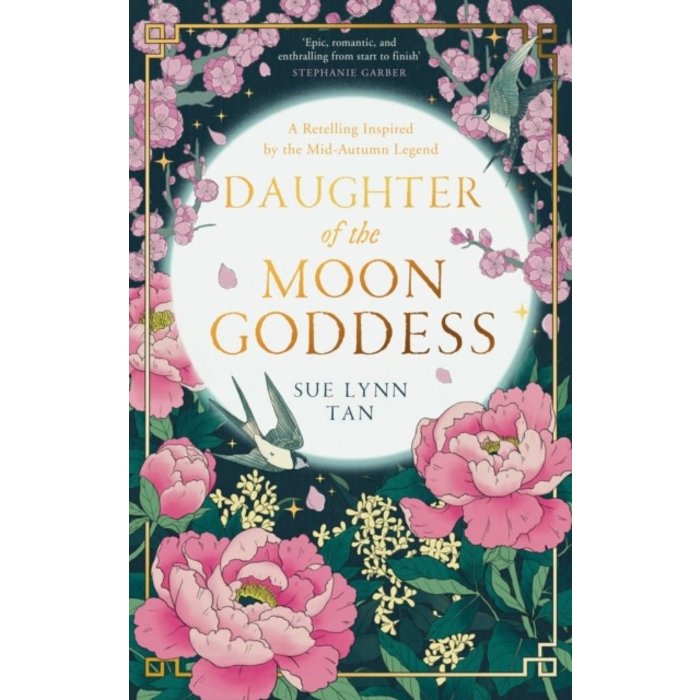 Daughter of the Moon Goddess

A captivating debut fantasy inspired by the legend of the Chinese moon goddess.A young woman's quest to free her mother pits her against the most powerful immortal in the realm, setting her on a dangerous path where those she loves are not the only ones at risk...Growing up on the moon, Xingyin is accustomed to solitude, unaware that she is being hidden from the powerful Celestial Emperor who exiled her mother for stealing his elixir of immortality. But when her magic flares and her existence is discovered, Xingyin is forced to flee her home, leaving her mother behind.Alone, powerless, and afraid, she makes her way to the Celestial Kingdom, a land of wonder and secrets. Disguising her identity, she seizes an opportunity to train in the Crown Prince's service, learning to master archery and magic, despite the passion which flames between her and the emperor's son.To save her mother, Xingyin embarks on a perilous quest, confronting legendary creatures and vicious enemies, across the earth and skies.But when treachery looms and forbidden magic threatens the kingdom, she must challenge the ruthless Celestial Emperor for her dream -striking a dangerous bargain, where she is torn between losing all she loves or plunging the realm into chaos.Daughter of the Moon Goddess begins an enchanting, romantic duology which weaves ancient Chinese mythology into a sweeping adventure of immortals and magic, of loss and sacrifice - where love vies with honour, dreams are fraught with betrayal, and hope emerges triumphant.