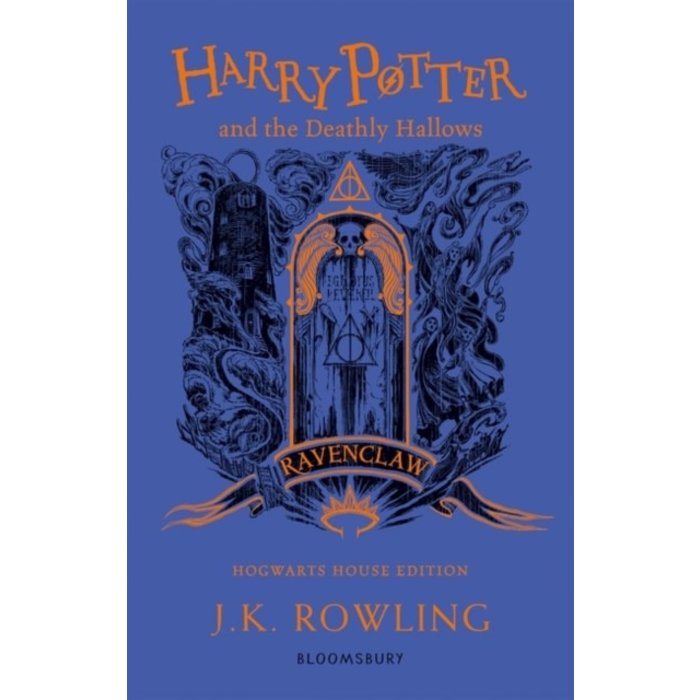 Let the magic of J.K. Rowling's classic Harry Potter series take you back to Hogwarts School of Witchcraft and Wizardry. This irresistible Ravenclaw House Edition celebrates the noble character of the Hogwarts house famed for its wit, learning and wisdom.

As Harry's story reaches its epic conclusion, his battle to vanquish Lord Voldemort brings unforgettable Ravenclaw moments and characters - Xenophilius Lovegood's explanation of the legend of the Deathly Hallows; the revelation of the identity of the Grey Lady ... and many more! With vibrant sprayed edges in Ravenclaw house livery, this edition features beautiful house-themed cover artwork with gorgeous bronze foiling. The bespoke introduction offers unique insights into Ravenclaw house and an exciting feature article celebrates the contribution made by heroic Ravenclaws to the defeat of the Dark Lord.

The book boasts exclusive new illustrations by Kate Greenaway winner Levi Pinfold, including a spectacular image depicting Luna and Cho in the Room of Requirement after Dumbledore's Army is summoned back to battle Lord Voldemort's forces. These highly collectable, beautifully crafted House Editions are lovingly designed to be treasured and read for years to come. A must-have for anyone who has ever imagined sitting under the Sorting Hat in the Great Hall at Hogwarts waiting to hear the words, 'Better be RAVENCLAW!'