Added to cart Edit shopping cart Continue shopping
Back Chums: How a Tiny Caste of Oxford Tories Took Over the UK 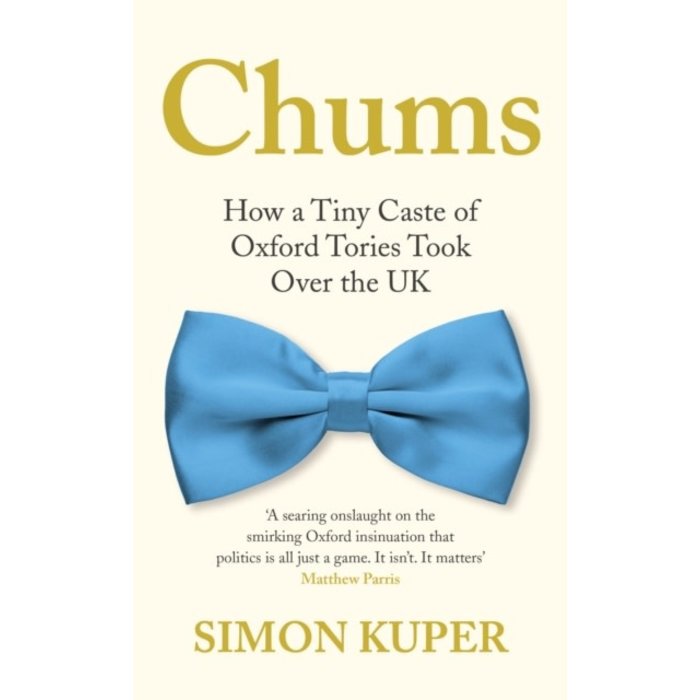 Chums: How a Tiny Caste of Oxford Tories Took Over the UK

It's a very small world at the top. 'Brilliant ... traces Brexit back to the debating chambers of the Oxford Union in the 1980s' James O'Brien'A searing onslaught on the smirking Oxford insinuation that politics is all just a game.

It isn't. It matters' Matthew Parris'A sparkling firework of a book' Lynn Barber, Spectator'Exquisite and depressing in equal measure' Matthew Syed, Sunday TimesBoris Johnson, Michael Gove, David Cameron, George Osborne, Theresa May, Dominic Cummings, Daniel Hannan, Jacob Rees-Mogg: Whitehall is swarming with old Oxonians. They debated each other in tutorials, ran against each other in student elections, and attended the same balls and black tie dinners.

They aren't just colleagues - they are peers, rivals, friends. And, when they walked out of the world of student debates onto the national stage, they brought their university politics with them. Eleven of the fifteen postwar British prime ministers went to Oxford.

In Chums, Simon Kuper traces how the rarefied and privileged atmosphere of this narrowest of talent pools - and the friendships and worldviews it created - shaped modern Britain. A damning look at the university clique-turned-Commons majority that will blow the doors of Westminster wide open and change the way you look at our democracy forever.