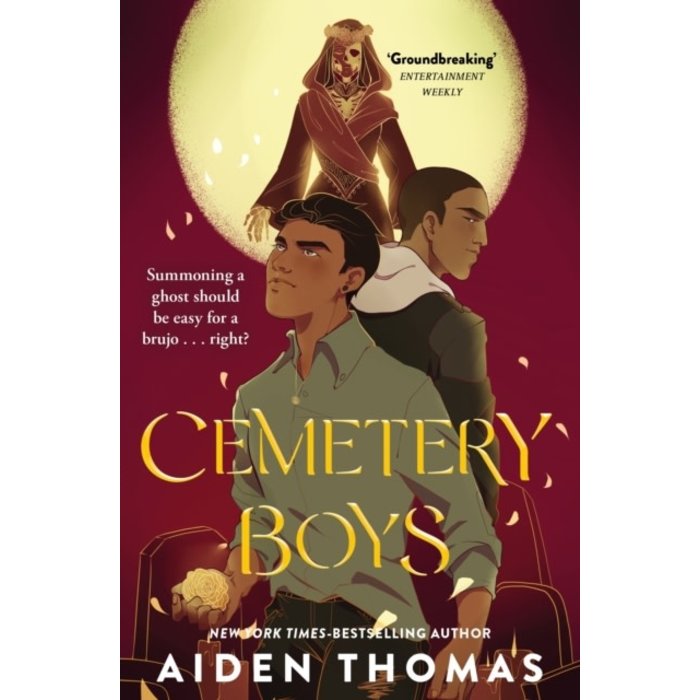 From the instant New York Times-bestelling author Aiden Thomas comes an LGBTQIA+ ghost story about magic, acceptance and what it means to be your true self. Yadriel has summoned a ghost, and now he can't get rid of him. In an attempt to prove himself a true brujo and gain his family's acceptance, Yadriel decides to summon his cousin's ghost and help him cross to the afterlife.

But things get complicated when he accidentally summons the ghost of his high school's resident bad boy, Julian Diaz - and Julian won't go into death quietly. The two boys must work together if Yadriel is to move forward with his plan. But the more time Yadriel and Julian spend together, the harder it is to let each other go.