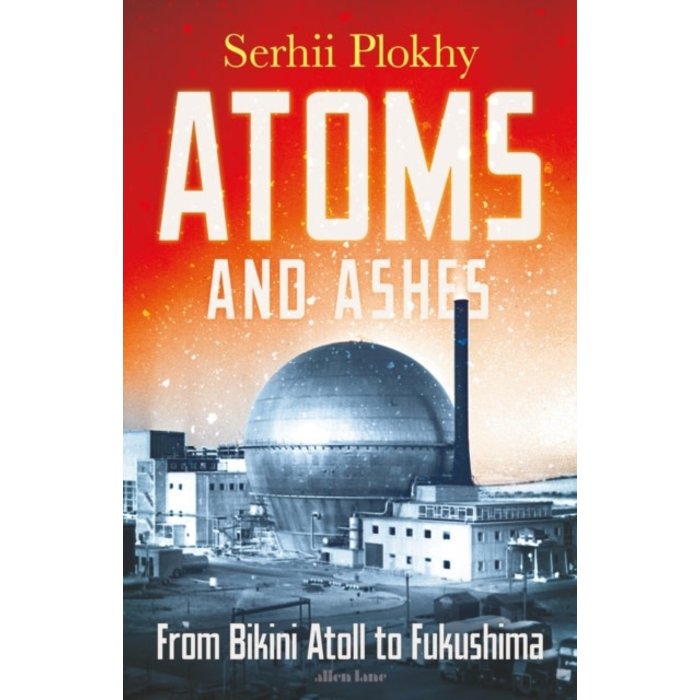 Atoms and Ashes : From Bikini Atoll to Fukushima

Best-selling historian Serhii Plokhy returns with an illuminating exploration of the atomic age through the history of six nuclear disasters In 2011, a 43-foot-high tsunami crashed into a nuclear power plant in Fukushima, Japan. In the following days, explosions would rip buildings apart, three reactors would go into nuclear meltdown, and the surrounding area would be swamped in radioactive water.

It is now considered one of the costliest nuclear disasters ever. But Fukushima was not the first, and it was not the worst. . .
In Atoms and Ashes, acclaimed historian Serhii Plokhy tells the tale of the six nuclear disasters that shook the world: Bikini Atoll, Kyshtym, Windscale, Three Mile Island, Chernobyl and Fukushima. Based on wide-ranging research and witness testimony, Plokhy traces the arc of each crisis, exploring in depth the confused decision-making on the ground and the panicked responses of governments to contain the crises and often cover up the scale of the catastrophe.

As the world increasingly looks to renewable and alternative sources of energy, Plokhy lucidly argues that the atomic risk must be understood in explicit terms, but also that these calamities reveal a fundamental truth about our relationship with nuclear technology: that the thirst for power and energy has always trumped safety and the cost for future generations.