Added to cart Edit shopping cart Continue shopping
Back Adriatic: A Concert of Civilizations at the End of the Modern Age 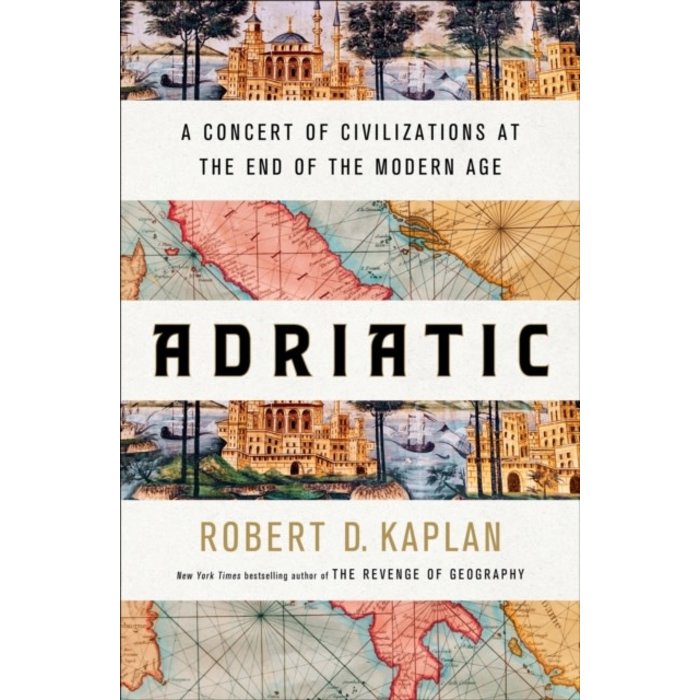 Adriatic: A Concert of Civilizations at the End of the Modern Age

[An] elegantly layered exploration of Europes past and future . . . a multifaceted masterpiece.The Wall Street Journal

A lovely, personal journey around the Adriatic, in which Robert Kaplan revisits places and peoples he first encountered decades ago.Peter Frankopan, author of The Silk Roads

In this insightful travelogue, Robert D. Kaplan, geopolitical expert and bestselling author of Balkan Ghosts and The Revenge of Geography, turns his perceptive eye to a region that for centuries has been a meeting point of cultures, trade, and ideas. He undertakes a journey around the Adriatic Sea, through Italy, Slovenia, Croatia, Montenegro, Albania, and Greece, to reveal that far more is happening in the region than most news stories let on. Often overlooked, the Adriatic is in fact at the center of the most significant challenges of our time, including the rise of populist politics, the refugee crisis, and battles over the control of energy resources. And it is once again becoming a global trading hub that will determine Europes relationship with the rest of the world as China and Russia compete for dominance in its ports.

Kaplan explores how the region has changed over his three decades of observing it as a journalist. He finds that to understand both the historical and contemporary Adriatic is to gain a window on the future of Europe as a whole, and he unearths a stark truth: The era of populism is an epiphenomenona symptom of the age of nationalism coming to an end. Instead, the continent is returning to alignments of the early modern era as distinctions between East and West meet and break down within the Adriatic countries and ultimately throughout Europe.

With a brilliant cross-pollination of history, literature, art, architecture, and current events, in Adriatic, Kaplan demonstrates that this unique region that exists at the intersection of civilizations holds revelatory truths for the future of global affairs.