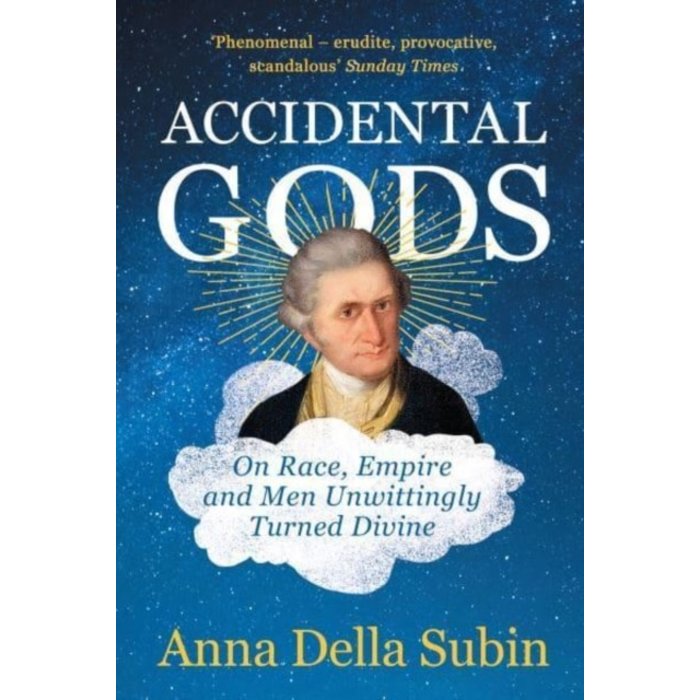 A provocative history of race, empire and myth, told through the stories of men who have been worshipped as gods - from Columbus to Prince Philip. Spanning the globe and five centuries, Accidental Gods introduces us to a new pantheon: of man-gods, deified politicians and imperialists, militants, mystics and explorers. From the conquistadors setting foot in the New World to Haile Selassie of Ethiopia, elevated by a National Geographic article from emperor to messiah for the Rastafari faith, to the unlikely officers hailed as gods during the British Raj, this endlessly curious and revelatory account chronicles an impulse towards deification that persists even in a secular age, as show of defiance or assertion of power.

In her bravura final part, Subin traces the colonial desire for divinity through to the creation of 'race' and the white power movement today, and argues that it is time we rid ourselves of the white gods among us.