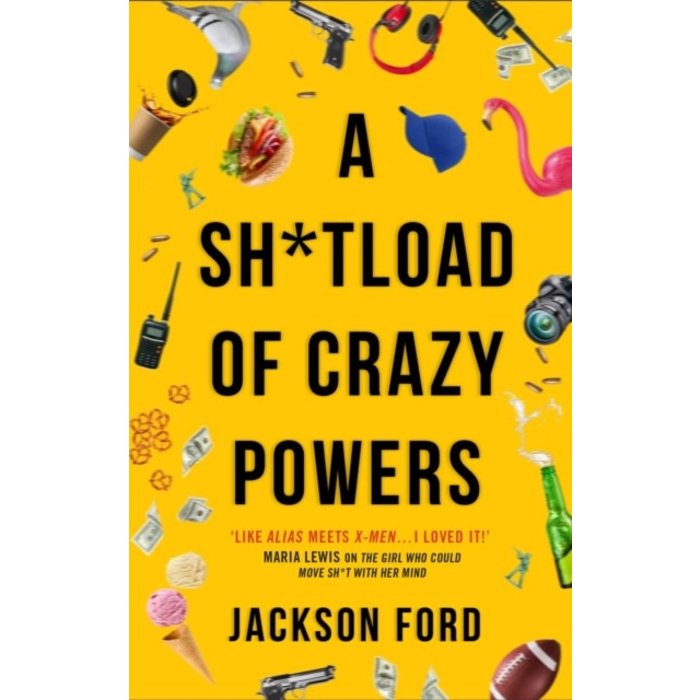 A Sh*tload of Crazy Powers

Teagan Frost has enough sh*t to deal with, between her job as a telekinetic government operative and a certain pair of siblings who have returned from the dead to wreak havoc with their powers. But little does she know, things are about to get even more crazy .

. . Teagan might have survived the flash-flood of the century, but now she's trapped in a hotel by a bunch of gun-toting maniacs.

And to make matters worse, her powers have mysteriously disappeared. Faced with certain death at every turn, Teagan will need to use every resource she has to stop a plot that could destroy Los Angeles - maybe even the entire world. 'Ford's rip-roaring fourth Frost Files paranormal thriller splits up psychokinetic government operative Teagan Frost and her team, forcing all to face dangerous foes at a steep disadvantage .

. . There's never a dull moment as Teagan and friends fly by the seat of their pants to save lives.

The result will keep readers laughing and well entertained'