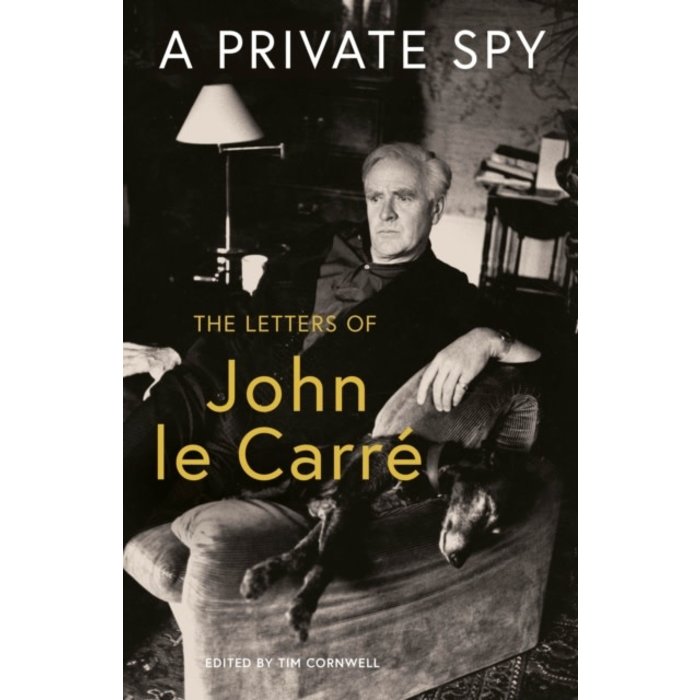 John le Carre was a defining writer of his time. This enthralling collection letters - written to readers, publishers, film-makers and actors, politicians and public figures - reveals the playfully intelligent and unfailingly eloquent man behind the penname.
_____

'The symbiosis of author and editor, father and son, has resulted in a brilliant book, le Carre's final masterpiece' 5*, Jake Kerridge, Sunday Telegraph
_____

A Private Spy spans seven decades and chronicles not only le Carre's own life but the turbulent times to which he was witness. Beginning with his 1940s childhood, it includes accounts of his National Service and his time at Oxford, and his days teaching the 'chinless, pointy-nosed gooseberry-eyed British lords' at Eton. It describes his entry into MI5 and the rise of the Iron Curtain, and the flowering of his career as a novelist in reaction to the building of the Berlin Wall.

Through his letters we travel with him from the Second World War period to the immediate moment in which we live. We find le Carre writing to Sir Alec Guinness to persuade him to take on the role of George Smiley, and later arguing the immorality of the War on Terror with the chief of the German internal security service. What emerges is a portrait not only of the writer, or of the global intellectual, but, in his own words, of the very private, very passionate and very real man behind the name.
_____